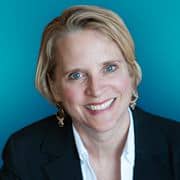 From Depression to Happiness – My Story

THE VIDEO tells the story:

I went through a very intense six month depression at 29 years old, and it became the most significant period of my life. From that time on, I discovered the secret to happiness and to the riddle of the human condition.  Riddle, because ultimately, it was a question I couldn’t answer.   The question kept circling in my mind for a decade or more.  Here it is:

Why am I so afraid?

I had to find the answer. I tried many things,including hypnotherapy and psychotherapy.  They didn’t have the answer either. I was astonished that an entire body of knowledge about the mind had no answer to this question.

I had to experience the answer, however, to believe it.  Once I found it, I immediately felt elated and happy because, first, I had hope, and second, I had the key to its undoing.

Fear is created or made up by the human mind.  It isn’t our normal state.

Fear is a reaction to a thought.  All emotions are reactions to thought.

The thoughts in our mind originate somewhere, and once you know that, there’s hope.

Fear is self-generated.  It isn’t real at all, it’s an illusion based on an idea of separation or loss.  The fear of loss is the deepest fear.  It comes from the first thought that I am separate from my source.  Total loss=total fear.  All mental illness stems from this one idea and takes many forms.

Psychology is the study of mental illness, and we know a lot more about the diseases than we do the normal state.

All fear comes from an idea, and that idea can be corrected and released from the mind.

Then there is hope.

The idea of separation is experienced as fear.  It is what the basis of duality is.  Fear or love.  Death or life.  Guilt or innocence.

Once I accepted that the original thought, that I am separate isn’t true, in fact, it’s just a mistake, I could then embrace life.

Once I accepted that I had the power of choice, to let my mistaken thought be corrected, then I felt free.

My religious upbringing had instilled a fear of sin, of being sinful.  Sin felt like a judgment.   There’s something wrong with me!  Why? I couldn’t remember.

The belief in sin caused a terrible feeling of intrinsic shame that I carried since those early years.

Once I questioned the belief in sin, and then rejected it, I could then begin to work with all my other thoughts.

The anxiety lifted, and all the suffering began to subside.  I looked at guilt, shame, rejection, betrayal, hurt, lost, loneliness lack, sorrow, sadness, etc. with the perspective of knowing none of it was true.

My life had meaning because doing this inner work gave me a sense of purpose.  I knew I was connected, was part of something way bigger than my little separate fearful identity.

I awoke to LOVE.

Over several decades, I found increasing happiness, real joy, and a profound connection with my guides, angels and Creator.

I heard a voice speak to me right after I woke up, and it guided me and told me what to do. I follow it all the time.

I know it’s always right, even when I question it and argue with it.

During the times when I feel insecure, unsure of myself, the voice is always comforting me.

So has fear disappeared?  Pretty much.

But some days it comes up when I’m about to do something I’ve never done before.

Move to a new city, open a practice.  Share my knowledge with others.  OK.  How is this going to work?  Stretch myself here.  TRUST is the word.

TRUST is the basis of all spiritual teaching.

It’s a constant practice.  It isn’t easy because humans don’t trust.  We don’t know how to trust anything.

We have to trust that people will be who they are, will be acting out of their conditioning.

We have to trust that we are mistaken at times and don’t know what to do.

We have to trust that the Universe is a benevolent place.  It’s not going to hurt us, but we may not believe that.

This requires a reversal of the conditioning of the mind.

I needed the mind training of A Course in Miracles and I have worked with it for 30 years. I now know it is the foundation, a blueprint, masterpiece that trains our minds to think with LOVE, rather than fear.  It’s a constant practice.   I don’t know if there’s a shorter way?  I don’t care.  Life just keeps opening up new doors and I have to stay abiding in constant prayer and meditation.

Practicing the presence of love, knowing life is working out, learning to trust.

I feel the connection with all that is.  It answers all my questions.

I hope this helps you today.